Ian Ross signs off for the last time 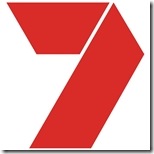 No real surprises here.  The Seven Network has claimed victory for the 2009 season, based on the 40 weeks of prime-time (6.00pm-12.00am) ratings competition.

Seven’s primary chanel won 34 out of the 40 ratings weeks, though when adding primary and digital channels together, the Nine/GO combination brings Seven/7TWO’s total wins down to 29 weeks.

Although Seven continued to maintain strong consistency with its early evening line-up – Deal Or No Deal, Seven News, Today Tonight, Home And Away – and continued to score highly with its weekly drama Packed To The Rafters, there was one series that surprised everyone and created the year’s biggest buzz – Ten’s Masterchef Australia.

There was a lot of scoffing when Ten announced that it had taken on the Masterchef format to replace Big Brother, but the new show turned around the 7.00pm timeslot for Ten and the grand finale captured a total of 3.726 million viewers (OzTam, 5 cities) – making it the most-watched program for the year, even out-rating the AFL Grand Final (2.878 million), the Melbourne Cup (2.673 million) and the NRL Grand Final (2.528 million).

The 2010 ratings season starts on Sunday 7 February and continues through to Saturday 27 November, with a two-week break over Easter.  Next year will also mark a significant change in ratings reporting as it will also incorporate time-shift viewing via devices such as VCRs, personal video recorders (PVR) or branded equipment such as Tivo or Foxtel IQ.

Permanent link to this article: https://televisionau.com/2009/11/seven-wins-09.html