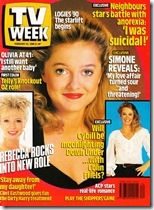 ‘Stay out of my life!’
While actress Simone Buchanan (pictured) is often portraying the unlucky-in-love tales of the elder daughter Debbie in Hey Dad, she says her real-life romances have been less than comical.  Even though she is in a happy relationship at present, Buchanan’s past has been tainted with a number of unhappy romances – including one which ended with threats of violence.  The popularity of the show has also led to some unwanted attention from fans – a persistent fan in London kept sending her letters and expensive gifts and promised to visit her in Australia.  “In the end I did write and tell him that he had to stop wasting his money on me,” she said.  Another incident saw Buchanan come home to find graffiti all over the walls in her new house, and one night she awoke to find guys standing outside her bedroom window yelling things at her.  Meanwhile, the actress denies any rumours that she is leaving the sitcom (“like the rest of the cast, my contract expires in October and at this point I haven’t made any decision to leave or stay”) but would like to do more film work, following acclaim for her role in the movie Shame. 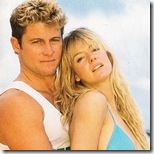 ‘They treated me like …!’
Aussie actor Peter Phelps has walked away from the hit US series Baywatch.  “It was my decision to leave at the end of this season,” Phelps told TV Week.  “Before Christmas a few of the cast – including me – weren’t happy about the way the scripts were going.  I expressed my dismay about everything – which I guess is not what you’re supposed to do in Hollywood when you’ve got a job everybody else wants.  Instead of using my suggestions, they changed the format to emphasise on the action-adventure stuff and they brought in a new character.  He wasn’t supposed to replace me, but I’ve hardly worked on the show since.  To them (TV executives), you’re just a product and they treat you like crap.” A star in Australia following roles in popular soaps The Restless Years and Sons And Daughters, Phelps (pictured, with Baywatch co-star Shawn Wetherly) admits that if he “had shut up and didn’t complain, I’d probably be there as long as the series runs, getting paid a lot to pop in every so often to do my Australian novelty act, and driving a Porsche and owning a house.”  Instead, Phelps is returning to Australia to star in a feature film, Back Street General.  Baywatch debuts in Australia on Network Ten in March.

Rebecca’s rockin’ role
Former Zoo Family and The Flying Doctors star Rebecca Gibney is negotiating a role for an upcoming sitcom being produced for the Nine Network.  Producer Alan Bateman says the new series, Rhythm And Blues, is “a lovely piece about a rock ‘n roll singer from the Seventies who’s only ever had one hit.  His career is diminishing when, to his astonishment, he discovers he has a family.”  Production for the new series is set to begin in March. 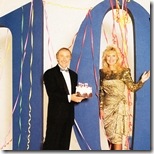 Briefly…
Network Ten’s Good Morning Australia (with Mike Gibson and Kerri-Anne Kennerley, pictured) has entered its tenth year and is celebrating its milestone on air. Producer Gail Jarvis says “in some ways it’s more a celebration of Kerri-Anne Kennerley’s involvement with the show.  She has been with the show for eight years now.  That’s a lot of live television and we’ll look back at what she has contributed over the years.”

TV Week columnist John Laws wants to make it clear that he doesn’t expect to “turn Melbourne on its ears” in networking his Sydney radio show to bottom-rating station, 3AK.  “Someone said that the station needed help, so I’m giving it for free as a favour to a friend – that’s what friends are for,” he says.  Although Laws has admitted that he would prefer to have the entire three-hour program broadcast in Melbourne, instead of only the one hour, from 9.00am to 10.00am weekdays.

British showbusiness couple John Alderton and Pauline Collins have been announced as special guests at the 1990 TV Week Logie Awards, to be held at the Hyatt On Collins in Melbourne and hosted by Network Ten’s Mark Mitchell. 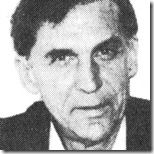 John Laws says…
”When it comes to sport, it’s hard to beat the Nine team, even though their Commonwealth Games coverage came in for plenty of stick, especially in the commentators and “delayed telecast” area.  Nine has now unveiled its “stump cam” cricket camera.  It had to happen, I suppose – a tiny camera inserted into the stumps to give a worm’s-eye view of the action.  There’s no doubt it’s a clever innovation, providing a completely new perspective on the game.  But, for me, it’s a major disappointment that Nine and the Australian Cricket Board have agreed NOT to use “stump cam” for disputed or controversial decisions…”