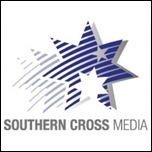 The new Nine relay will be broadcast exclusively in digital.

Regional South Australia, including Spencer Gulf and Broken Hill, is scheduled to lose all analogue television transmission on 15 December.  After the analogue shutdown the potential may exist for Southern Cross Media to gain access to additional broadcast spectrum which would allow it to start to relay the commercial networks’ digital multi-channels.

Permanent link to this article: https://televisionau.com/2010/09/southern-cross-rolls-out-more-channels.html