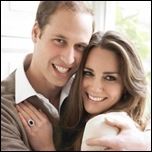 The wedding marks the culmination of a media circus that has seen the world’s major broadcasters all converge on London to breathlessly bring viewers in their respective countries every known detail of the wedding – and where there are no facts to report, there has been lots and lots of speculation.

In Australia there will be live prime-time coverage of the wedding via ABC1, ABC News 24, Seven, Nine and Ten – while 7TWO and GEM will also be utilised to work around sporting commitments for Seven and Nine.

ABC2’s proposed alternative coverage featuring commentary from the Chaser boys has been controversially axed at the last minute following orders received from the royal family that no coverage shall be used for a satirical nature.

Despite the ruling affecting the Chaser, Network Ten is expected to continue its light-hearted wedding coverage, to be fronted by Nova FM presenters Ryan ‘Fitzy’ Fitzgerald and Michael ‘Wippa’ Wipfli, bookended by a special edition of The 7PM Project and a late-night edition of The Circle.  The Nine Network’s planned coverage is also set to include an appearance by Dame Edna Everage.

Pay TV is also getting in on the event with BBC World News, UKTV, E!, Fox News, CNN and Sky News all providing various levels of coverage.

SBS has decided not to partake in all this wedding excitement and its main channel SBS1 will broadcast its normal Friday night fare, including its late-night ‘adults only’ series How To Get More Sex. 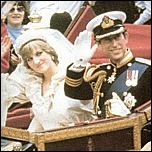 Like today’s ceremony, the 1981 royal wedding was an Australian TV network programmer’s dream with the ceremony landing straight into Australian prime-time schedules.

The ABC, Seven, Nine and Ten networks all provided saturation coverage of the wedding with their own correspondents and celebrities despatched to London to provide daily reports in the lead-up to the event and to present commentary on the day’s activities.  Coincidentally, Ten’s celebrity royal wedding correspondent in 1981, Ita Buttrose, is performing a similar role for the Nine Network in 2011.

For Sydney and Melbourne viewers, the only viewing alternative on the night of Wednesday, 29 July 1981, was the then relatively new Channel 0/28, whose lineup of foreign-language movies (Persche Si Uccide Magistrate from Italy, and Buynu Bükük from Turkey) were probably not the most useful viewing alternatives in an era where there were few other viewing options available – no pay-TV, few households had VCRs and there was no such thing as the internet.

A handful of commercial channels declined to cover the Charles and Diana wedding – including Adelaide’s ADS7 who instead decided to show a John Wayne movie (The Sons Of Katie Elder) with a delayed telecast of the wedding ceremony the following day.  However, ADS7’s decision to provide an alternative was not well rewarded as the channel fared last in the evening’s ratings and scoring only a third of the viewers of its nearest competitor, ABS2.

Permanent link to this article: https://televisionau.com/2011/04/royal-weddings-1981-and-today.html