Now for something Extra 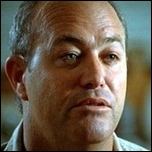 Australian music industry identity and former television journalist and producer Vince Lovegrove is reported to have died in a car accident near Byron Bay, NSW.

The single vehicle accident involving a Volkswagen Kombi van is believed to have occurred early Saturday morning.  While police have not formally identified the victim, the Sydney Morning Herald and Australian Recording Industry Association (ARIA) have said it is Lovegrove.

A member of the band The Valentines in the 1960s, Lovegrove went on to become a journalist for music magazine Go-Set before progressing to television, working on programs including A Current Affair and The Don Lane Show.  He also presented the 1978 documentary Australian Music To The World.

He went on to become manager of the band The Divinyls and tour manager for Jimmy Barnes.

In 1987, Lovegrove produced the award-winning documentary Suzi’s Story, a moving account of his wife Suzi’s battle with HIV/AIDS intended to raise awareness that it was not just a “gay disease”.  Suzi died just weeks before the documentary went to air.  Their son Troy also contracted the disease and was the subject of a follow up documentary, A Kid Called Troy.  He died in 1993 at the age of 7.

Permanent link to this article: https://televisionau.com/2012/03/obituary-vince-lovegrove.html