7TWO to go to Tasmania 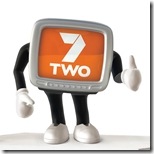 After an introduction to the channel, the first program will be Michael Jackson’s last ever televised concert, with the pop icon reunited with his brothers onstage as the Jackson Five for the first time in over 20 years.

Then from 1.30am, 7TWO continues overnight with classic AFL games. 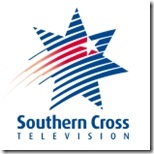 Meanwhile, regional affiliate Southern Cross Television has announced that it will be broadcasting 7TWO to viewers in Darwin from December.  It will be the first of the range of commercial Freeview channels to go to Darwin, as One HD and GO! have yet to appear there.  Though Darwin already has a digital-only channel, Darwin Digital Television, which relays the Ten Network.

Southern Cross’ announcement for 7TWO into Darwin follows last week’s news that they will also carry 7TWO into Tasmania from December.  Meanwhile, the Seven Network’s largest regional affiliate, Prime Television, has not made any announcement about its plans to broadcast 7TWO into its digital broadcast areas which includes regional NSW, Victoria, the Gold Coast and the Australian Capital Territory.

Permanent link to this article: https://televisionau.com/2009/10/7two-starts-tomorrow.html