South Australia next to go digital 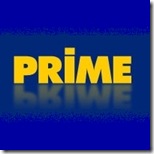 Regional network Prime Television is set to wind back its local news production with news that its various local bulletins, covering parts of NSW and North East Victoria, are to be centralised to the network’s main programming hub in Canberra.

From 1 July, production will begin to be phased out from local studios, in towns such as Wagga Wagga, Orange, Tamworth and Albury, to be taken over by centralised facilities in Canberra.  Reporters will still be based in each local area, just that the half-hour bulletins will be compiled from the national capital.

The move is expected to cost at least one full-time position from each local Prime station.

It is not known how the cuts will affect the local news coverage of Prime’s Western Australian outlet, GWN, which currently provides a statewide half-hour news bulletin each weeknight from studios in Bunbury.

For many of the affected areas, Prime’s move from the local studios will effectively mark the end of local television production – as rival operators such as NBN, WIN and Southern Cross Ten already have centralised facilities for the provision of local news.

Permanent link to this article: https://televisionau.com/2010/03/prime-news-goes-less-local.html