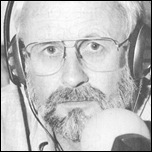 Award winning journalist Murray Nicoll has died after a battle with leukaemia.

With a career spanning 45 years, including print, radio and television news, Nicoll, 66, won a Walkley Award for his coverage during the 1983 Ash Wednesday bushfires where he described to listeners of radio 5DN, Adelaide, the devastation of watching his own home burn down.  The report was broadcast around the world.

Nicoll has worked for ABC Radio and for Melbourne radio station 3AW.  For the last five years he has worked at Seven News in Adelaide.

“The further he went into journalism, the more of a story teller he became.  Murray’s had a remarkable career in journalism across radio, print and television and I think everyone here at Seven feels privileged to have spent the last five years of his career with him.”

Murray Nicoll is survived by wife Frankie and daughters Tia and Peta.

Permanent link to this article: https://televisionau.com/2010/05/murray-nicoll.html