Ten West ready for take off 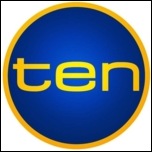 Regional WA’s new channel, Ten West, is ready to start its rollout across WA – with viewers in Kalgoorlie-Boulder, Mawson, Mingenew and Karratha able to receive programs from 9.00am today, 10 June.

Viewers in these areas with digital tuners will be able to access the full range of Network Ten programs, including Ten News, The Simpsons, Neighbours, The 7PM Project, Good News Week, MasterChef, The Circle and US hits including Glee and Modern Family.

Up until now, only a selection of Network Ten programming was made available to regional WA viewers via WIN.

Viewers in Bunbury, Bridgetown, Mandurah, Manjimup, Margaret River, Nannup, Pemberto and Geraldton will be part of the next stage of Ten West’s rollout, due to be completed by 31 December.

Like similar channels that have launched in recent years in Darwin, Mildura and Tasmania, Ten West is being broadcast exclusively in digital and its rollout will coincide with the launch of digital broadcasts from existing networks WIN and GWN in the respective regions.

ABC and SBS are already broadcasting in digital in many regional WA centres.

Permanent link to this article: https://televisionau.com/2010/06/ten-west-ready-for-take-off.html