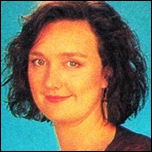 Actress Victoria Longley has died in Sydney at the age of 49 after a battle with breast cancer.

It was her second bout with the illness.

An accomplished actress on stage, film and television, Longley was awarded best actress at the Sydney Theatre Awards in 2006 for her performance in the stage production The Goat, Or Who Is Sylvia? and last year played the role of Goneril in the South Australian production of Shakespeare’s King Lear and was to appear in the same role in the Bell Shakespeare production of the play this year before falling ill.

Permanent link to this article: https://televisionau.com/2010/08/victoria-longley.html