Rob Kelvin calls it a day 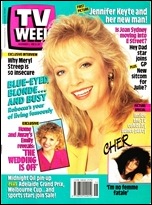 The year of living famously!
Former The Flying Doctors star Rebecca Gibney (pictured) reflects on a hectic year since leaving the popular Nine Network drama.  She starred earlier this year in the ABC mini-series Come In Spinner – a role which won her an AFI award recently – and has recently appeared in Nine’s mini-series Ring Of Scorpio.  Gibney has also completed a special for World Vision and is starring opposite Jon English in an upcoming series, with the working title Rhythm And Blues, which is set to debut in the new year.  “I have to keep reminding myself how fortunate I am,” Gibney tells TV Week.  “Some people tend to get caught up in the hype of the business and think they’re indispensible, but they’re not, nobody is.  I’ve been very lucky.”

Julie spins into new sitcom!
The Seven Network and Gary Reilly Productions are trying to keep it under wraps, but Hey Dad! actress Julie McGregor is set to star in a spin-off to the popular sitcom.  A pilot for a new sitcom, Hampton House, was taped at Seven’s Sydney studios recently.  The new series is set around a group of young people who have left home to move into a share house.  Former Home And Away star Adam Willits is believed to also be a contender for a role in the series should it get the green light. 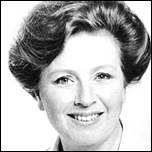 E Street goes for the matron
Former A Country Practice star Joan Sydney (pictured), who recently declined an offer to return to the popular series, is believed to be joining the cast of E Street.  The popular actress is set to play the role of Mary Patchett, a British cousin of Aunty Vi (Bunney Brooke).  But producer Forrest Redlich, a former producer for A Country Practice, is stopping short of confirming Sydney for the role.  “I have enormous respect for Joan,” he told TV Week.  “If she appeared in this new role it would be for quite a long run.”  Sydney joining the show would also reunite her with former A Country Practice cast members Penny Cook and Kate Raison.

Briefly…
Network Ten racecaller Dan Mielicki, 21, is set to call this year’s Melbourne Cup for the network after making history last year as the youngest to have ever called the famous race.

Hey Dad! star Robert Hughes and former Family And Friends star Ross Newton are guest stars in this week’s episode of GP.  Hughes, currently on a four-month break from Hey Dad!, plays the husband of a woman stricken by multiple sclerosis (MS).  The episode is scheduled to coincide with national MS week. 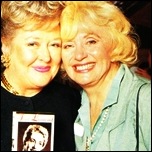 Some of the great names in showbusiness – including Mike Walsh, Gwen Plumb, John Ewart, Ron Shand, Jeanne Little, Nancye Hayes and Elaine Lee – gathered in Sydney recently for the launch of showbiz veteran Toni Lamond’s autobiography, First Half.  Lamond (pictured, with former TV Week Gold Logie winner Hazel Phillips), a veteran of early variety shows including In Melbourne Tonight, is currently starring in the Sydney production of 42nd Street and recently starred in the ABC telemovie How Wonderful.

Seven Network host Derryn Hinch has predicted his exit from radio station 3AW.  The station’s former top-rating morning presenter currently presents a daily ten-minute commentary piece as well as a weekly interview program, Hinch The Other Side.  But Hinch says that the station is headed for a cost-cutting purge and that his $100,000 a year price tag (plus $25,000 for a landline to his home) will be too much for the station to afford.  “I’d like to be here,” he told station presenter Neil Mitchell.  “But I betcha I won’t be.  They can’t afford me.” 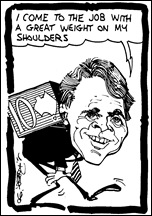 Lawrie Masterson’s Sound Off
”I remember vividly the first time I met the man who now has the toughest and most unenviable job in Australian television – chief executive of Network Ten.  It was, ahem, years ago and I was working for a once great Melbourne newspaper and Gary Rice was manager of BTV6 in Ballarat.  I was dispatched to Ballarat to compile a story on a locally-produced tonight show, which had been running for yonks.  Rice turned out to be not only a most obliging station manager, but was also the saxophonist in the tonight show’s resident band.  Between numbers he would down his sax, leap out of the band set and operate a boom mike!  Versatile and not afraid of hard work… he’s going to need an abundance of those qualities and more now as he wrestles with a network which doesn’t just have mind-boggling debts.  Ten also has a huge problem with public image, or lack of it.  Ten’s comedies are struggling and its old faithfuls – notably Neighbours – are showing signs of wear and tear.  Ten does have rights to some new product which has been successful in the US – such as Twin Peaks and The Simpsons – but experience with shows such as Roseanne and Thirtysomething is proof enough that what Americans love doesn’t necessarily grab Australians.”

Program Highlights (November 3-9):
Saturday:  ATV10’s coverage of the Melbourne Cup Carnival starts with Derby Day with coverage starting at 12pm and continuing through to 5.30pm.  Then the channel’s Saturday night movie is Archer, starring Brett Climo, Robert Coleby and Nicole Kidman, telling the story of the first ever Melbourne Cup winner when the race was first run in 1861.

Tuesday:  ATV10 crosses to Flemington for ‘the race that stops a nation’ – the Melbourne Cup.  The telecast, hosted by Tim Webster with racecaller Dan Mielicki, starts at 9.30am and continues through to 5.30pm.  Also featuring on Ten’s coverage are John Letts, Graeme Kelly, Peter Donegan, Gai Waterhouse and Bob Maumill, and morning ‘Til Ten host Joan McInnes presenting the fashion interviews.

Thursday:  Another day of horse racing from Flemington with ATV10’s coverage of Oaks Day, starting at 12pm and continuing through to 5.30pm.

Friday:  The three commercial channels – HSV7, GTV9 and ATV10 – all participate in a simultaneous broadcast, Cartoon Allstars To The Rescue, which helps young children understand the dangers of drug and alcohol abuse.  The half-hour special, which attracted more than 33 million viewers when it aired in the US, features cartoon characters from rival companies.  The Australian screening of the program will be introduced by Prime Minister Bob Hawke.