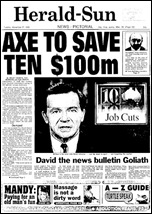 It is almost twenty years ago – 26 November 1990 – since the Ten Network made headlines (pictured) as new chief executive Gary Rice announced some dramatic cost-cutting measures to save the ailing network.

Mr Rice, a former Nine Network executive called in to rescue Ten from a lengthy period of poor ratings and financial instability, had sacked 300 staff from across Ten’s Sydney, Melbourne and Brisbane stations – but it was the network’s news and current affairs portfolio that suffered the most severe cutbacks with the axing of the 10.30am bulletin, the axing of weekly program The Walsh Report, the reduction of the Melbourne-based Ten Evening News from one-hour to 30 minutes and the axing of local current affairs programs Sydney With Mike Gibson and Brisbane With Anna McMahon.  Almost half of the 300 sacked workers were from the news and current affairs department alone.

The morning program Good Morning Australia was left hanging by a thread – with hosts Kerri-Anne Kennerley and Terry Willesee greeting viewers at the start of the two-hour program, not knowing if they would still have a job at the end of the show.  The show was ultimately maintained, though with a tighter budget. 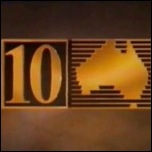 Other savings were anticipated to come from the sale of Ten’s Nunawading studios and the relocation to smaller facilities.

The radical cutbacks, expected to save Ten from losing $2 million a week, came a year after Ten sacked 350 staff and two months after the network was placed in receivership and 15 executives were sacked.

“This action gives us no pleasure,” Mr Rice said.  “But it is one of several responsible decisions… to revive the network and to provide the basis for its financial recovery and future growth.  The network will be slimmer… but its quality will be maintained and ultimately enhanced.”

There were also suggestions of trimming back the network’s schedule to cease broadcasting during off-peak periods such as mornings and overnights, and replacing each state’s 6.00pm news bulletin with a single national bulletin based in Melbourne.  Another radical proposal was for Ten to merge with the Seven Network, also in receivership, thus reducing the number of commercial networks from three to two.  Thankfully, none of these extreme measures were implemented. 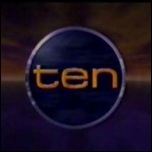 Local dramas Neighbours and E Street were left relatively unscathed in the 1990 cutbacks and would form the basis for Ten’s new focus on the advertiser-friendly youth market which was to start in 1991 – heralded by the launch of a new logo (pictured) and a new tagline – “The Entertainment Network”.

Twenty years on, Ten is in a much better financial position.  The network has just announced a full-year profit of $150 million, up from a $89.4 million loss in the previous year.  Not a bad turnaround for an entertainment medium that is often thought to be in decline.

But while Ten’s balance sheet is a lot healthier, there is suddenly a large unknown on the network’s horizon.

James, the youngest generation of Packer moguls after his father Kerry and grandfather Sir Frank, has stunned the industry by making a bold investment in the Ten Network – around $288 million worth, representing around 18 per cent of the company.   And there is a chance he could still buy up more.

It is a surprising move given that only two years ago, Packer sold most of his family’s long-held interest in the Nine Network, apparently to focus on more lucrative foreign and gambling ventures.  He does, however, maintain a financial interest in Foxtel.

The motives for Packer’s move into Ten are unknown, and although he will only have a minority interest in the network, he is set to gain a place on the Ten board – something which has led to a lot of speculation in the media about Ten’s future. 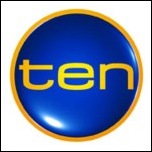 Some have suggested that Packer simply wants to cash in on a slice of Ten’s profit – helped along by the success of Masterchef Australia – while others have suggested that Packer is hoping to get a piece of the AFL and NRL broadcast rights which are up for renewal.  And if Ten is a successful bidder for the rights then its digital sports channel One HD could be well positioned to take advantage, depending on the government review of the anti-siphoning legislation.  Packer could also use his ties to Foxtel to form an alliance with Ten and One HD in securing future rights to AFL or NRL.

At the other end of the spectrum, some are speculating that Packer’s motives are a little more sinister.  Some have suggested that he will use his influence on the Ten board to tear down the One HD channel, a natural rival to his interests in pay-TV channel Fox Sports, or even jeopardise the network’s proposed and costly expansion of its news department.

Ten announced back in August that it is set to expand its news coverage in 2011 with the launch of a national 6.00pm news program, hosted by George Negus, followed by local news bulletins in each capital city at 6.30pm.  The expanded news coverage is expected to cost an expected $20 million a year, including the hiring of additional staff.  It is a strategy that James’ father Kerry might have approved of, but it is not known what the younger Packer thinks of the plan. 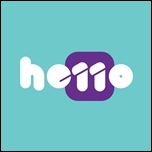 Meanwhile, Ten maintains it is business as usual for its plans moving forward – with the launch of youth-focused entertainment channel 11 in the new year coinciding with the launch of the expanded news portfolio and a broader demographic focus for the main Ten channel.  And the network insists that One HD continues to have a valued place in the company’s multi-channel strategy.

Whatever happens, it could be interesting times ahead.

Permanent link to this article: https://televisionau.com/2010/10/will-tens-axe-swing-again.html