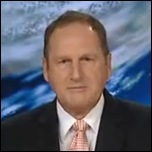 Veteran NBN newsreader Ray Dinneen has announced that he will be retiring from the newsdesk next month, ending a career spanning 36 years.

He will present his final NBN News bulletin on 17 December.  Weekend newsreader Paul Lobb will take on the weekday newsreading role after Dinneen’s departure.

NBN is the Nine Network’s regional broadcaster, based in Newcastle and broadcasting through Northern NSW from Gosford and the Central Coast up to the Gold Coast in Queensland.  NBN News presents a nightly bulletin containing local and national news.

Permanent link to this article: https://televisionau.com/2010/11/ray-dinneen-to-sign-off-from-nbn-news.html