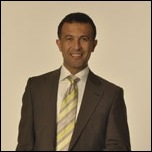 Ebeid, who takes on his new position in June, replaces current managing director Shaun Brown who will be retiring after five years in charge of the multicultural broadcaster.

Egyptian-born Ebeid joins SBS from rival national broadcaster ABC, where he is currently in charge of corporate strategy and marketing.  His appointment to SBS comes as the broadcaster faces continued financial pressures from the challenges of government funding and increased competition from rival broadcasters on the digital television platform.

SBS chairman Joe Skrzynski has told media in a statement:

“Mr Ebeid brings to SBS a special set of personal and professional skills, with the right blend of operational and strategic experience from his twenty-four years in the Media, Telecommunications and IT technology sectors which represent the three arms of the convergence changing the entertainment and information landscape in Australia.

“He is extremely well suited to lead SBS in its mission to promote social harmony by helping migrants to settle and participate fully in Australian society, and assisting all Australians to understand and appreciate the benefits of cultural diversity.”

“The Gillard Government looks forward to working with Mr Ebeid in his role as Managing Director of our highly valued national broadcaster.

“It is particularly significant that Mr Ebeid, who came to Australia from Egypt as a young child, is the first Managing Director of Australia’s multicultural national broadcaster who is a first generation migrant from a non-English speaking background.”

“Congratulations to Mike Ebeid, from the ABC Executive, on winning the SBS job.” 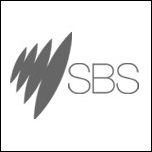 While in charge of SBS, Brown led two of its more controversial initiatives – the inclusion of commercial breaks within television programs, departing from SBS’ long-held policy of placing commercials only between programs, and changes to its news coverage which led to a period of unrest and ultimately the departure of long-time newsreader Mary Kostakidis.

On a more positive note, under Brown’s leadership SBS re-launched the digital World News Channel as SBS2, despite the lack of government funding support, and digital radio broadcasts.  SBS also expanded its commercial business into pay-TV with the arts-themed channel STVDIO, and increased its online presence at sbs.com.au.

Permanent link to this article: https://televisionau.com/2011/04/sbs-gets-new-managing-director.html