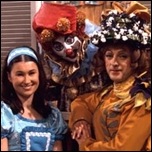 ABC is set to expand its premises in inner-city Melbourne with construction of a new television studio.

The new development, which has now been approved by the ABC board, will be built adjacent to the broadcaster’s existing radio and administration complex in Southbank.

The new television studios will be used for both internal productions as well as being made available for external hire.

No timeline for the development has been announced and neither has there been any announcement as to the future of ABC’s existing Melbourne television studios in Gordon Street, Elsternwick, although The Age reports that it appears that the property will be sold off to assist in funding the new development.  In 2009 the Elsternwick site was estimated to be valued at around $25 million. 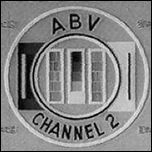 The studios have hosted various productions for ABC including Bellbird, Adventure Island (pictured), Countdown, Power Without Glory, The Saturday Show, Australia – You’re Standing In It, The Factory, Countdown Revolution, The Big Gig, The Late Show, Phoenix and Seachange.

Spicks And Specks, The Marngrook Footy Show and Adam Hills In Gordon Street Tonight are also produced at Elsternwick.

The potential sale of the Elsternwick site comes after the sale of the historic GTV9 studios in Richmond last year – while Seven and Ten have long moved out from their original studio premises in South Melbourne and Nunawading respectively.

Permanent link to this article: https://televisionau.com/2011/06/abc-to-say-goodbye-to-gordon-street.html