The last bounce for Ten’s AFL 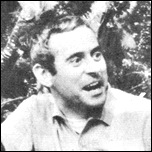 Godfrey Philipp, the co-creator of children’s programs The Magic Circle Club and Adventure Island, has died and this week has been remembered by former colleagues at a memorial service in Melbourne.

Coming to Australia from the UK in the late 1950s, Philipp joined GTV9 as a production assistant, working on programs including In Melbourne Tonight.  He then went to NBN3, Newcastle, as a senior producer-director.

Then, back in Melbourne, he co-created The Magic Circle Club – a lavishly-produced children’s series that was one of the first productions to come from new Melbourne channel ATV0 in the mid 1960s.  The pantomime series was created by Philipp and writer John Michael Howson and starred Nancy Cato amongst a crew of characters including Fredd Bear (Tedd Dunn), Fee Fee Bear, Leonardo di Funbird, Marlena de Witch, Mother Hubbard, Cassius Cuckoo, Sir Jasper Crookley, Twaddle and Boddle and Patricia-who-wishes.

There were masses of protest from young fans when The Magic Circle Club was axed by ATV0 after more than 500 episodes in May 1967.  Philipp then went on to produce Hey You!, a short-lived sitcom from the same channel.

Philipp and Howson then went across to ABC to create Adventure Island, a similar concept and format to The Magic Circle Club that would go on to be just as popular and would run for five years before its axing was also met with outrage from young viewers.

Despite the sudden axing of the program, in 1973 Philipp was awarded a Logie for his contribution to children’s television.

Howson paid tribute to his former colleague at the memorial service:

”He did things with black and white television – pre all the wonderful digital magic that they now have – that were amazing.  ‘If I came up with, ‘they’re up on the moon and they catch a rocket there’, he would work out how to do that. With one light, he’d change the whole effect of a scene. People come up to me today and say, ‘oh the colours (of Adventure Island) were beautiful. I tell them, ‘it wasn’t in colour, it was in black-and-white’.”

In 1978, he produced another children’s series, Rainbow, for regional television station NRN11 in Coffs Harbour.  The series, comprising five episodes, featured children from local schools with each episode covering a different theme.  The program won a TV Week Logie Award in 1979 for most outstanding contribution to children’s television but was never picked up for screening by a capital city network.

Philipp then went to the Reg Grundy Organisation where he produced and directed episodes of the popular drama Prisoner.

As the years went on Howson said that Philipp – “who was not emotionally strong” – had started to “cut himself off from the world.”  It is believed that he was homeless for some time and spent the last ten years of his life at the Brotherhood of St Lawrence aged care centre in Fitzroy – the venue of this week’s memorial service.

“I will always remember Godfrey with a great deal of love and affection, great memories and gratitude for what he did,” Howson said.

Permanent link to this article: https://televisionau.com/2011/06/obituary-godfrey-philipp.html