Ten to tackle Today and Sunrise? 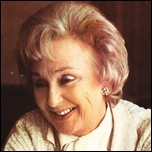 Actress Googie Withers has died in Sydney at the age of 94.

Born in India to a British father and Dutch mother, she was christened Georgette Lizette but as a child didn’t like the name so she adopted the nickname Googie which became her name for life.

She went on to become a star of stage and screen in Britain and it was working on The Loves of Joanna Godden that she met her future husband, Australian actor John McCallum.

They were married in 1948 and moved to Australia in 1959 when McCallum was offered the job of joint managing director of the JC Williamson theatre company.

But while Withers is best known for her work in British films and television, she has a unique place in Australia’s television history.

She was the first presenter for what are now known as the TV Week Logie Awards.  But the awards, then known just as the TV Week Awards and presented only to Melbourne-based stars and programs, were not presented in the lavish ceremonies that are known today. 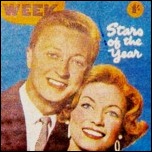 Television in Australia was little over two years old and it was early in 1959 when Withers was on the set of GTV9’s In Melbourne Tonight to hand out the awards for “Stars Of The Year” – the precursor to the Gold Logie – to Graham Kennedy and Panda Lisner and to award In Melbourne Tonight for Best Live Show.

“It was very interesting coming over to Australia from England, where we had had television for many years,” she later told TV Week.  “We were awfully interested in Graham Kennedy because he was so young then.”

Her career continued in film, stage and television between the United Kingdom, the US and Australia, including the early 1970s Australian TV series Boney and the mid-1970s British prison drama Within These Walls, until her last credited screen role in the 1996 film Shine.

She was the first non-Australian to be awarded an Officer of the Order of Australia Award in 1980.

Both Withers and McCallum, prior to celebrating 60 years of marriage, were interviewed on ABC’s Talking Heads in 2007.

Permanent link to this article: https://televisionau.com/2011/07/obituary-googie-withers.html