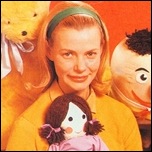 Forty five years is probably a bit old to be playing horsey, reading storybooks or having fun with cardboard boxes and milk cartons – but ABC’s Play School is proud to be doing so as it reaches its 45th anniversary this week.

The Australian series of Play School launched at 10.05am on Monday, 18 July 1966.  It came after the broadcaster had been screening the English series of the same name for the previous two months and had replaced the long-running afternoon program Kindergarten Playtime.

In December 1967 an afternoon screening of Play School was added to ABC’s schedule.

Among the initial line-up of presenters on Play School were actors including Anne Haddy (pictured, above right) and Patsy King.  Also in the early cast was kindergarten teacher Ann Stroh, a former presenter on the Kindergarten Of The Air radio series as well as Kindergarten Playtime, and actors Peter Drake and Evan Dunstan. 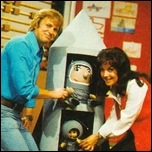 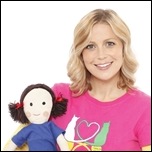 Play School’s longest-serving presenter would have to be Benita Collings, with more than 30 years and 400 episodes to her credit.  In 1996 she told TV Week of some of the challenges that came with the program and, in particular, working with animals:

“I had a baby goat, a kid, on my knee, and it was fine during rehearsal.  But during the second-last shot in the filming, I felt a wet warmth spreading.  I knew that in that last shot I’d be standing so I said, ‘I think he’s a bit frightened.  He’s just wet himself’.  Well, in the next shot I was standing up with a huge wet spot, and the crew were killing themselves laughing.”

There was also the time when an octopus died in its tank just minutes before making its TV debut.  “We had to swish the water around to make it look alive,” she said.

Play School is one of only three programs to have been inducted into the TV Week Logie Awards’ Hall Of Fame (Four Corners and Neighbours are the other two). 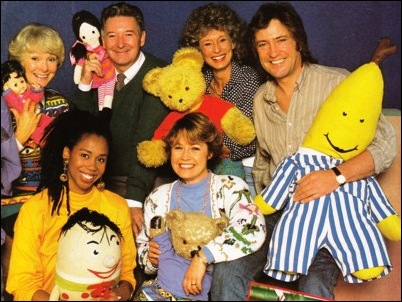 Pictured:  Celebrating Play School‘s 25th anniversary in 1991 – from top left, Janet Kingsbury (with Hamble), Donald McDonald (with Jemima), Benita Collings (with Big Ted), John Waters (with one of the Bananas in Pyjamas) and, in front, Trisha Goddard (with Humpty) and Noni Hazlehurst (with Little Ted). Permanent link to this article: https://televisionau.com/2011/07/play-schooling-for-45-years.html