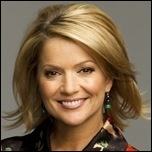 Some changes happening to Ten News this weekend – one that signals the end of a significant era and another that starts what Ten hopes will spark renewed interest in a brand that has taken something of a battering this year in both ratings and scheduling.

Tomorrow night will see the final sign-off from the late night edition of Ten News.  The bulletin, launched in 1991 at the height of the first Gulf War, had been fronted by Eric Walters and then Anne Fulwood.  The popularity of the bulletin saw Fulwood poached by the Seven Network in 1995 to launch their own 10.30pm newscast.  Sandra Sully (pictured) was then promoted to front Ten’s late news bulletin and it was a role that she made her own as Ten’s late news presence went on to outlast the equivalent news bulletins from Seven and Nine.

When Ten announced significant changes to their news schedule last year, Sully made an emotional farewell from the Late News as she was preparing to present the Sydney edition of the new 6.30pm Ten Evening News.  The move was short-lived as the state-based 6.30pm newscasts failed to make significant inroads against the national Today Tonight and A Current Affair programs.  With the cancellation of the 6.30pm bulletin in March, Sully was moved back to familiar territory as the late night newsreader.

However, following a review of the network’s strategic direction and programming, Ten has since decided to axe the late night Ten News bulletin and the Sports Tonight segment which has accompanied it since 1993 – although the Sports Tonight brand will continue within Ten’s 5.00pm newscast.  The programs join the 24-year-old Video Hits and the all-sports schedule for One HD as casualties of the network’s new strategic direction headed by interim CEO Lachlan Murdoch. 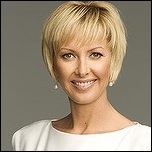 Although Sully will read her final bulletin tonight, the final edition of the late night Ten News and Sports Tonight programs will go to air tomorrow night from midnight in Melbourne, Adelaide, Darwin, Tasmania and Perth – bumped to the later timeslot due to the special Grand Final edition of Before The Game earlier in the evening – and 10.30pm in Sydney and Brisbane.  From next week, Sully moves to Sydney’s Ten News At Five weeknight newscast alongside Bill Woods.  Where this leaves the bulletin’s current female presenter Deborah Knight (pictured) is to be seen although some reports suggest she may be a candidate for Ten’s planned new breakfast program. 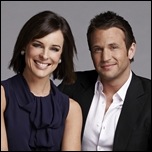 On Sunday, Ten News launches a revamp of its weekend evening newscast by replacing the existing half-hour bulletins at 5.00pm and 6.00pm with a single, national 90-minute program from 5.00pm fronted by Natarsha Belling and Matt Doran (pictured) joined by Sports Tonight presenter Rob Canning and weather presenter Magdalena Roze.

The move to expand the weekend bulletin to 90 minutes is puzzling given that the weeknight Ten News At Five bulletin has seen its numbers fall since it adopted the 90-minute format in April, and the new national format on weekends undoes the move to state-based weekend news coverage that was instigated in January.  Time will tell how viewers will react to the national long-form bulletin as opposed to the shorter, state-based bulletins offered by competitors Seven and Nine at 6.00pm. 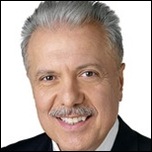 In other changes within Ten News, Melbourne-based newsreader George Donikian (pictured) has announced his resignation from the network.  Donikian, the founding newsreader at multicultural Channel 0/28 (now SBS) in 1980, joined the Ten Network in 1991 after a stint with the Nine Network.  For most of his two decades at Ten he led the Adelaide newscast for Ten News, which for several years was presented from Ten’s Melbourne studios.  This year saw Donikian move to the Melbourne-based Ten News At Five as Mal Walden moved to the new 6.30pm bulletin.  With the later bulletin cancelled, Walden returned to the 5.00pm newscast and Donikian moved to weekends.  The revamp of the weekend newscast to a national format, effectively bumping him from the schedule, is reported to have been the “last straw” for the newsreader.  He has told media that he felt it was now time to become a “free agent”.

Permanent link to this article: https://televisionau.com/2011/09/weekend-brings-change-to-ten-news.html