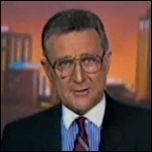 Veteran journalist Sean Flannery has died after a battle with cancer at the age of 69.

Born in 1942, Flannery started his radio career at 2SM but later became known for his work on the 2UE program Night Watch that aired every Sunday morning.

He later joined the Ten Network in Sydney and also read the news for Ten and Seven in Adelaide.

Former colleague David Richardson has written a tribute to Flannery on the Today Tonight website:

“Sean Flannery was a character in the truest sense of the word.  A larrikin in the ultimate Australian sense.  A bloke who loved a beer, he was the epitome of the old school journo from the days of copy boys, cadets and hard-drinking, hard-playing journos – a bloke who was just full of life.”

“Sean was one of the great characters of radio and TV reporting.  Funny, smart – one of the last swashbucklers of journalism.”

Sean Flannery will be farewelled at a funeral in Sydney on Tuesday.

Permanent link to this article: https://televisionau.com/2011/11/obituary-sean-flannery.html