The forecast is still fine for Ilona 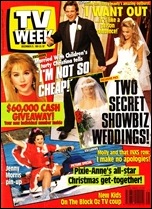 Ray seizes the day again
Despite persistent rumours that he was headed to the Seven Network to front the new current affairs program, unofficially dubbed ‘Project X’, Midday host Ray Martin says he will be with Nine in the new year and insists it was never going to be any other way. “I’ve never spoken to (producer) Gerald Stone about ‘Project X’,” Martin told TV Week. “My understanding is that he has a real commitment not to poach people from Channel Nine.  The rumour regarding me isn’t, and wasn’t, true.” Martin has also revealed that due to his wife giving birth to their second child he has pulled the pin on a planned night-time interview show that was set to screen on Friday nights that had been given the go-ahead by Nine. “We were going to be on air for 90 minutes after Burke’s Backyard,” Martin said. “So the bottom line is I will definitely do Midday next year and other specials.  I’ll also fill in for Jana Wendt (on A Current Affair), which I’m delighted to do as long as it’s for short stints.” Martin is also looking forward to next year as it marks the 20th year for Midday – having started as The Mike Walsh Show on the 0-10 Network in 1973 before moving across to Nine in 1977. Mike Walsh then made the controversial, and short-lived, move to prime-time while Martin took over the re-named Midday in 1985. “We are looking to get a special show up, with me and Mike Walsh co-hosting,” Martin said. “We have a lot of television under our belts.” 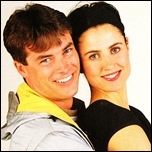 ‘Let me out of here!’
Home And Away actress Dee Smart (pictured with co-star Bruce Roberts) has likened her two-year contract to the Seven Network series to a prison sentence as she is desperate for “release” after eight months. “It feels like I’ve been here for years,” she told TV Week.  After studying acting for two-and-a-half years, the 25-year-old says the constant turnaround of episode production is what is most frustrating. “There is no time to develop. It is almost impossible to do a good job with the amount of time you have,” she told TV Week. “I used to bag the soapies. I used to say, ‘That actor is so bad. How can they be on this show? It’s awful’. Now I have nothing but admiration for these guys because of the amount of time they have. I’m amazed they even get the words out, let alone try to act at all. There is just no time to think about things. And this Lucinda character goes on and on and on. It is kind of abnormal for a character to last this long.” But despite her frustration, Smart says Home And Away has been an invaluable learning experience. “I’m learning and being stretched in my acting,” she says. “If you can justify the ups and downs of soap, you can justify anything.  One thing is certain, I won’t go racing into another long-term contract.” 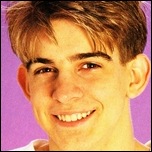 Briefly…
ABC’s The Afternoon Show host Michael Tunn (pictured) has scored a coup with an exclusive interview with US boy band New Kids On The Block when they tour Australia next month. “We do requests on The Afternoon Show, and at least half are for New Kids On The Block,” 17-year-old Tunn told TV Week. “We thought, as they’d be touring Australia – and because our audience loves them so much – we would look at the behind-the-scenes as well as out front. The boys have agreed to an extensive interview with us backstage during the tour.” The interview and behind-the-scenes special is expected to go to air in February.

Sale Of The Century host Glenn Ridge, whose career started in radio in the late 1970s, is set to present the breakfast shift on Melbourne radio station TTFM while its regular hosts Darren James and Jane Holmes are on holiday. 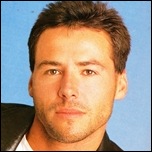 After two years studying acting in the US, former Double Dare host and Home And Away star Gerry Sont (pictured) is back in Australia and has signed a one-year contract with the Nine Network’s Chances. Sont plays the role of Cal Lawrence, a bit of a loner who lets chance decide what he does and ends up having an affair with Barbara (Brenda Addie). “Chances is a real challenge for me,” Sont told TV Week. “It’s challenging people’s view of drama. It doesn’t follow the simple formula of Neighbours or The Flying Doctors. It’s new and it’s fun.”

With the future of The Flying Doctors in limbo, actor Paul Kelman is excited to have picked up a role in another Crawfords Australia production, the upcoming children’s series Halfway Across The Galaxy And Turn Left. “I’m rapt because this is so different to anything I’ve done before,” he told TV Week. “I’m playing a character from another planet so it’s a big challenge to make something like this believable to the audience.” Halfway Around The Galaxy And Turn Left co-stars Kerry Armstrong, Bruce Spence, Colleen Hewett, Sandy Gore, Jan Freidl and Lauren Hewett and is expected to screen on the Seven Network in 1992.

Lawrie Masterson‘s Sound Off
It was under wraps longer than the identity of Who Shot JR (does anyone remember?), but the Seven Network finally has loosened up on some of the details of Gerald Stone’s so-called ‘Project X’. In about four weeks, Seven will unveil a new 6.30pm program which, considering it’s television, has been given the unreal title of Real Life. Consequently – and as has been expected for ages – the soap Home And Away will be thrust into head-to-head combat with Network Ten’s Neighbours at 7.00pm. The intrigue continues about how some names and faces out of left-field – notably the program’s host, former ABC man Stan Grant – will fare at taking on the almost death-defying challenge of trying to topple Jana Wendt’s A Current Affair on the Nine Network. And will Grant sign off with the line: “That’s real life?” Questions also continue about the effects of the two soaps having to battle each other.  Could it be that the biggest beneficiaries of that little scrap will be Nine’s Sale Of The Century or ABC News? 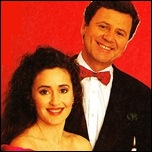 Thursday: From midday Ten presents 90 minutes of live coverage of the Sydney-Hobart Yacht Race, with updates through the afternoon. With the cricket Second Test being played at the MCG, Nine in Melbourne picks up coverage only from 3.40pm until close of play at 6.00pm, with half an hour of highlights from 11.40pm. At 5.30pm, Ten crosses to Perth for live coverage of the Australian Derby horse racing. In The Flying Doctors (Nine), Rowie’s (Sarah Chadwick) seriously ill father is admitted to hospital and pleads with Guy (David Reyne) not to tell Rowie of the severity of his illness.