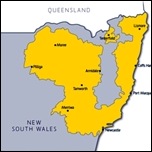 Minister for Broadband, Communications and the Digital Economy, Senator Stephen Conroy has announced 27 November 2012 as the date for the switch-off of analogue television services in the Northern NSW coverage area (pictured).

Some towns within the above regions may be identified for analogue switch-off before the November date, however a list of towns affected is yet to be finalised.

Excluded from the November switch-off will be the Gold Coast and Gosford/Central Coast areas which both fall within the Northern NSW market but overlap with the Brisbane and Sydney television licence areas respectively.  Those areas will have analogue services terminated in late 2013.

According to the latest Digital Tracker survey – covering the period October to December 2011 – 84 per cent of households in the Northern NSW market have already converted at least their main TV set to digital, compared to the national average of 82 per cent. 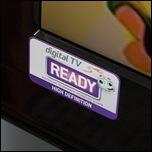 In preparation for the analogue switch-off, broadcasters are establishing seven new transmission sites to improve areas of poor digital reception, but viewers within the coverage area that are unable to receive an adequate digital signal by 27 May may be eligible for transition to the satellite-based VAST system which will provide access to all free-to-air networks and their digital multi-channels.

Households requiring practical or financial assistance in making the transition to digital television may be eligible for government support and are advised to consult the Digital Ready website or telephone 1800 20 10 13.

The Northern NSW analogue switch-off will follow that of the Southern NSW, Murrumbidgee Irrigation Area and ACT markets which are due to switch to digital-only transmission on 5 June this year.

Permanent link to this article: https://televisionau.com/2012/02/northern-nsw-going-digital-in-november.html